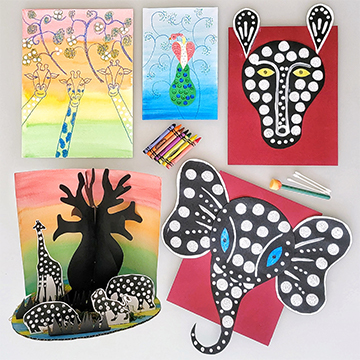 This month's My Artist Box features Edward Tingatinga, an unlikely artist that rose out of poverty and eventually became the leader of an entire African art movement. His style was simplistic and unsophisticated, but that was exactly the type of painting that made him popular among European residents and tourists in the African country of Tanzania. Edward Tingatinga's new style was developed over time by people from his family, such as his niece Agnes Mpata, also featured here, as well as other artists.

With the projects in this box, children will learn about Edward Tingatinga, the Tingatinga style, and a few other painters who have continued to use and develop his style. Take the opportunity to draw, paint, and embellish several African animals, just as Tingatinga did during his time as an artist. Plus, create a stunning 3D diorama of an African savannah at sunset!

Notify me when available!

We have these boxes in stock!

(Save when you purchase multiple!)
Activities in the Tingatinga Box:

Many of Tingatinga’s family members and art students continue to use his painting style today. This includes Agnes Mpata, his niece. In this portrait, kids will practice step-by-step drawings of giraffes and use two paint resist techniques to add unique interest to their piece. 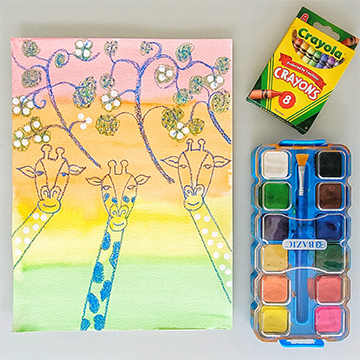 This project gives children the opportunity to recreate another Tingatinga style painting by Agnes Mpata. Peacocks are beautiful, but this mixed-media piece encourages kids to put their own spin on the creature. They will use paint resist and wet-on-wet watercolor techniques here. 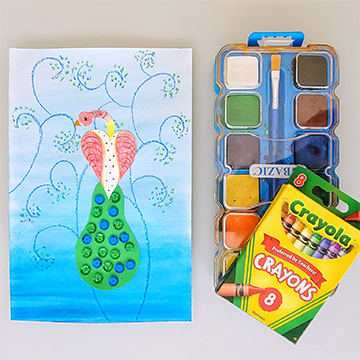 Exaggerated patterns are a hallmark of the Tingatinga style. In this project, children will experience one of Tingatinga’s favorite patterns: spots. They’ll first practice drawing the faces of a hyena and an elephant. Then they’ll adorn them with spots of all sizes. 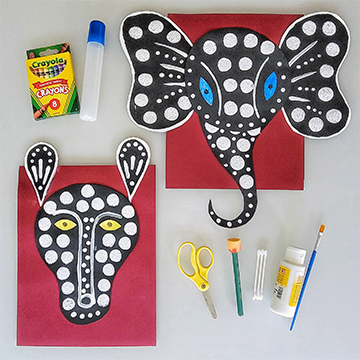 The Gathering in the Heat by Rashidi Chilambona Diorama

This painting represents an expected scene from Africa: wild animals gathering near the watering hole at sunset. Children will paint with watercolors, use the Tingatinga spots technique, and cut grass silhouettes to create this 3D scene. 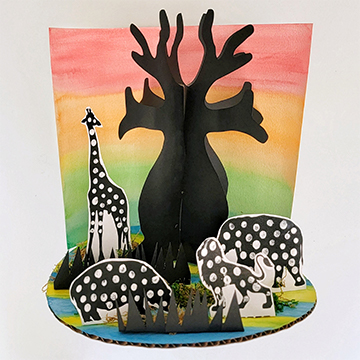