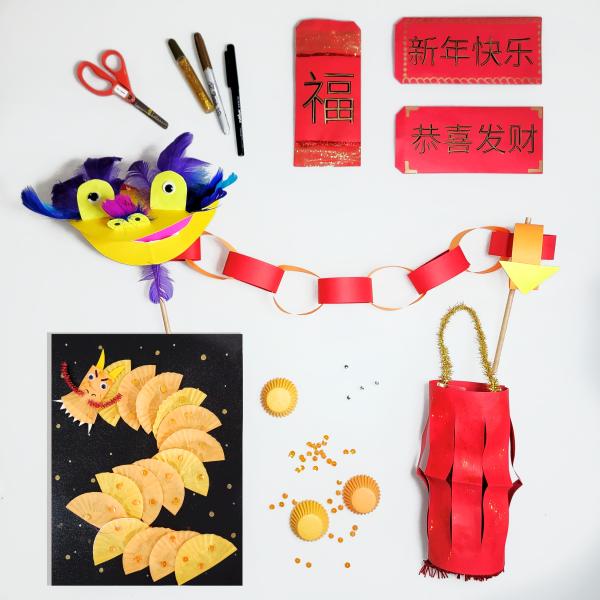 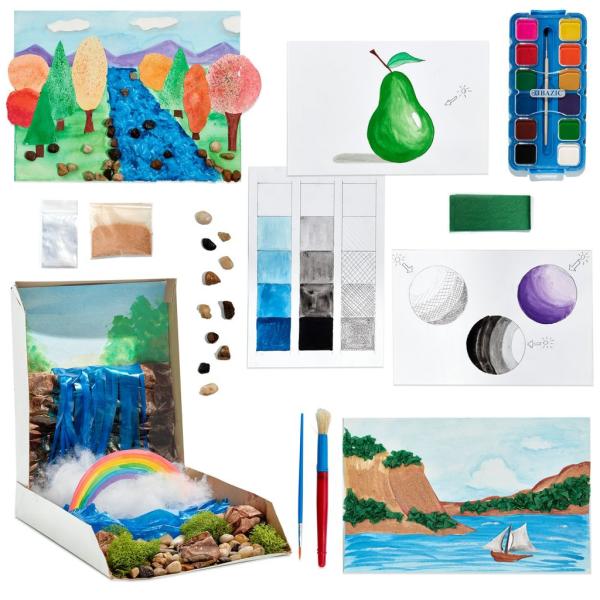 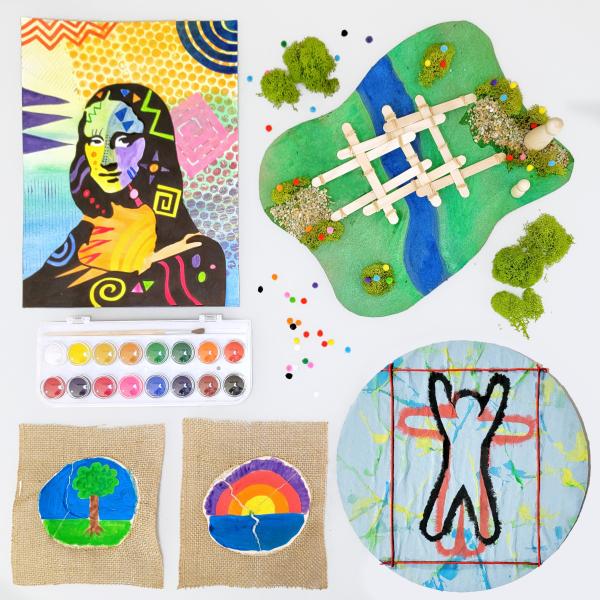 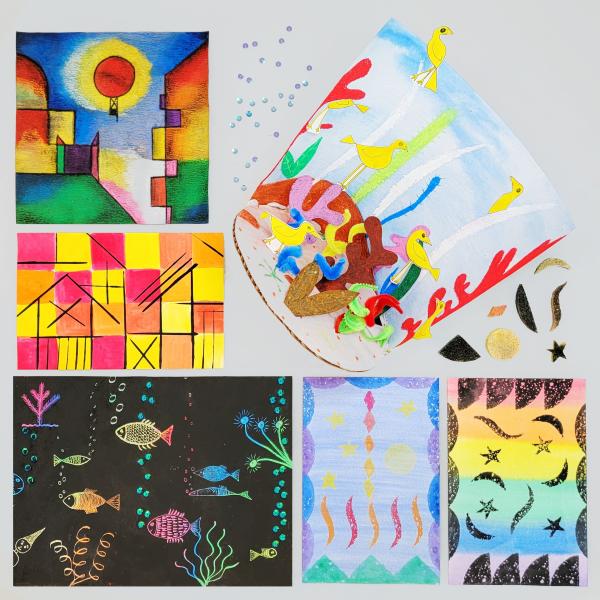 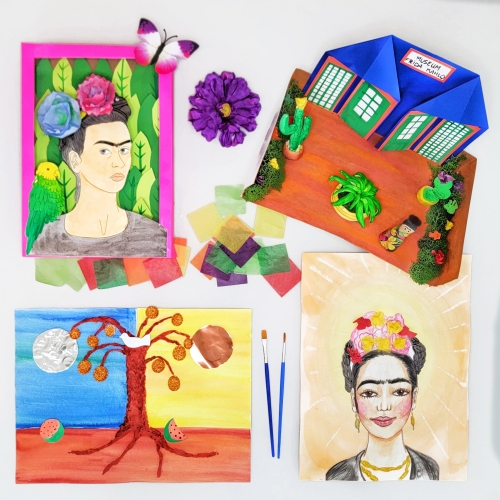 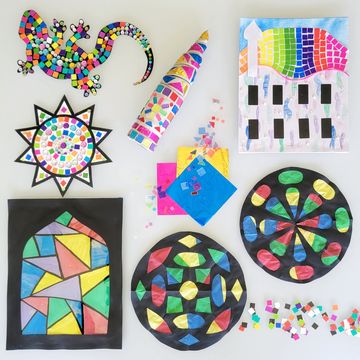 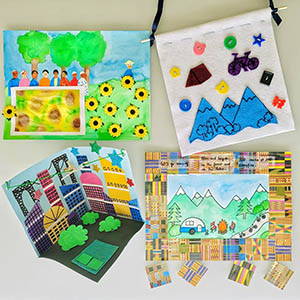 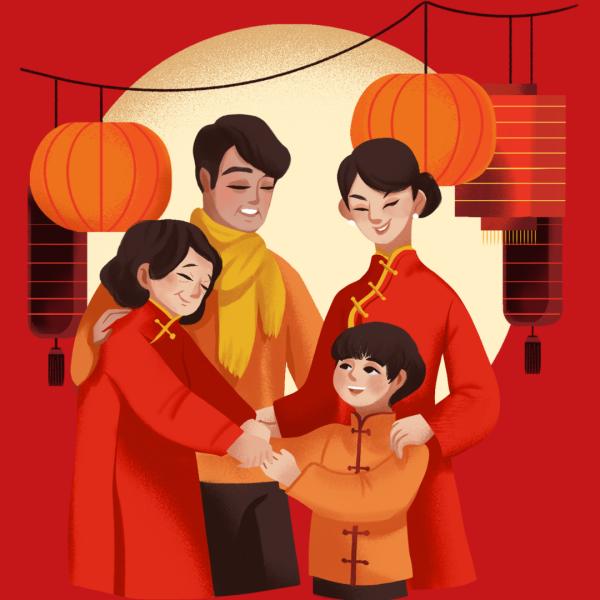 What Is Chinese New Year?

Chinese New Year is a very important event in China, as well as in a few additional Asian countries like South Korea, Vietnam, and others that use a lunisolar calendar.

Each new year is represented by a zodiac animal. This year’s animal is the rabbit. It symbolizes peace, prosperity, and longevity.

Legend says the tradition of Lunar New Year began in ancient times when an evil beast showed up to eat people and animals. The people hung up red papers, lit lanterns, and wore red clothes to scare the beast away. Many of those traditions still continue today!

Today, people celebrate Chinese New Year over a period of 15 days. Visiting relatives, eating special food, and cleaning the house are just a few of the traditions associated with the event.

You can learn more about Asian culture, celebrations, and traditions as you and your family enjoy the holiday this year. To get you started, here are five arts and crafts projects to use while celebrating Chinese New Year! Giving red envelopes to friends and family is a very popular Chinese New Year tradition. The envelopes are filled with crisp bills of currency to symbolize good luck in the New Year and the hope of a positive future. But, don’t stuff the envelope with any amount of money that includes a “4” because that number is bad luck! Amounts that include an “8” are good luck!

To start this project, you’ll need to download and print the FREE PDF envelope template below. 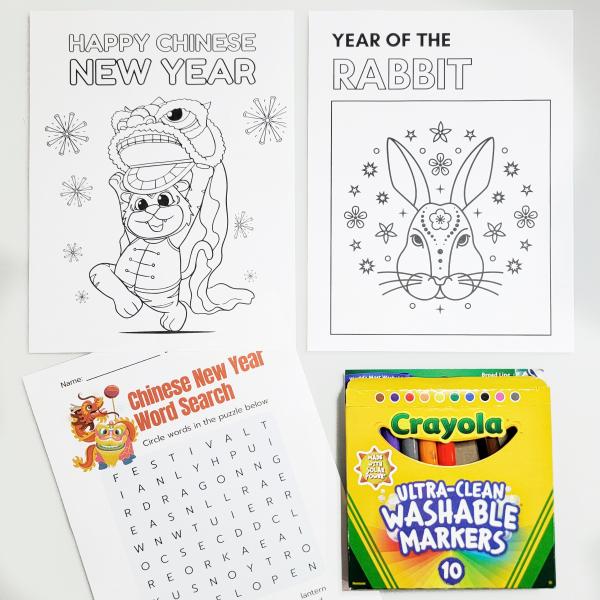 If you need a really quick art activity, simply print these FREE coloring pages. Kids can color an adorable Chinese dragon and a zodiac-themed rabbit. Plus, there’s a word search! A Lantern Festival is held on the final day of the Chinese New Year celebrations. People decorate their houses with red lanterns, inside and out. Many lanterns are inscribed with riddles and wordplay. Some cities host parades that feature huge lanterns on floats!

1. If you’d like, decorate the piece of red cardstock with gold paint or glitter glue. Set it aside to dry.

2. Fold the red cardstock in half lengthwise.

3. Starting from the folded side, make a series of cuts that are about 1 or 2 inches apart. You don’t want to cut all the way across the paper. Stop the cut about 1 inch from the unfolded edge. Continue creating cuts until you’ve reached the top of the paper.

4. Unfold the paper and you’ll see all of the slits you made! Now roll the paper to create a cylinder shape and tape or staple the ends together. If you’d like, you can refold the individual strips of paper so the creases are on the outside instead of the inside of the lantern.

5. Cut a piece of ribbon or string to be a handle. Attach it to the inside of the lantern. 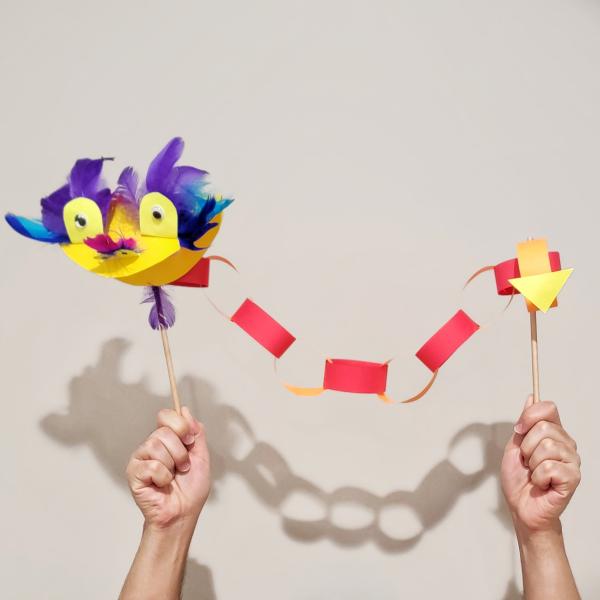 Dragons are an important part of Chinese folklore and history. Chinese mythology says a dragon was involved in creating the world and the Chinese emperors are sons of that dragon. At many Chinese New Year celebrations, there’s a dragon dance in which a number of people join together to move a large dragon costume in harmony. This act ensures good luck in the New Year.

What You’ll Need: glue stick, tape, scissors, pencil, black marker, construction paper in a variety of colors, colored tissue paper or feathers, googly eyes, two straws or chopsticks, a large bowl and a small bowl to be used for tracing

2. Glue the mouth circle on top of the head circle. Fold the piece in half.

3. Draw two rows of teeth on white construction paper. Leave extra room at the bottom so that you can fold over a flap to use for gluing the teeth onto the mouth. Cut it out. Glue the teeth in the mouth.

4. Set your googly eyes on the construction paper and draw a large arch around each one. Again, leave extra room at the bottom so you’ll have a flap to fold over as you glue. Cut out the arches and glue the googly eyes onto them. Fold over the flap and glue both eyes on top of the dragon’s head.

5. Draw a large M-shape with a straight line across the bottom to create a nose. Be sure the bottom extends far enough to fold over a flap for gluing. Draw two dots to make nostrils. Cut out the nose and glue it to the dragon’s head.

6. Glue feathers or tissue paper all over the top of the dragon’s head. Set it aside to dry.

8. Tape or glue the first link of the paper chain to the back of the dragon’s head.

9. Attach a straw or chopstick behind the dragon’s head and add another one near the end of the paper chain. Moving these “handles” up and down will make the dragon dance! Most of us see dragons as dangerous monsters, but in Chinese culture they are symbols of prosperity, power, and luck. The dragon is also one of the 12 Chinese zodiac signs, so people born in certain years like 2000 and 2012 are said to be very successful, highly intelligent, ambitious, and powerful.

3. Now make the face. First, fold both of the cupcake liners in half and trim the sides so you have two shapes that look like squares. Discard the pieces you cut off.

4. Open one of the liners and cut off one half. Throw away one half and glue the remaining half of the cupcake liner to the paper as the top of the dragon’s head.

5. Glue the bottom of the second liner below the head. Be sure to put the fold at the top so the mouth will open and close.

6. Cut a few individual teeth out of the white paper and glue them inside the mouth.

7. Cut a few short strips of yellow tissue paper and crumple them a bit. Glue them as if they’re fire coming out of the mouth! Then glue the mouth shut.

8. Cut two horns from the brown paper and glue them onto the dragon’s head. Also add googly eyes and draw two nostrils.

9. Finish by cutting two small strips of red yarn or pipe cleaner. Glue them to the dragon as whiskers. 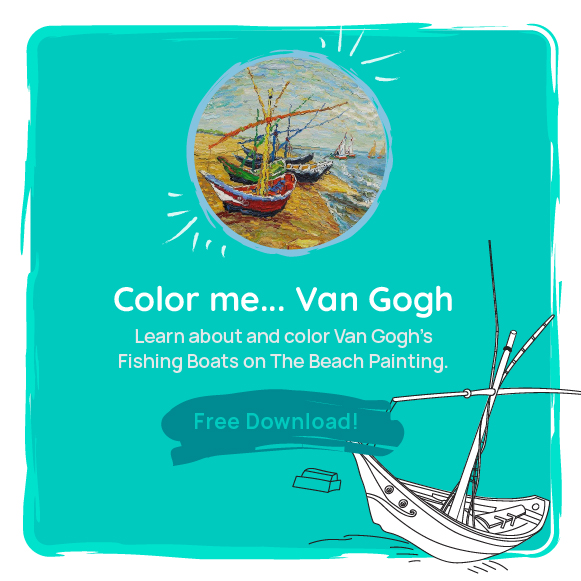 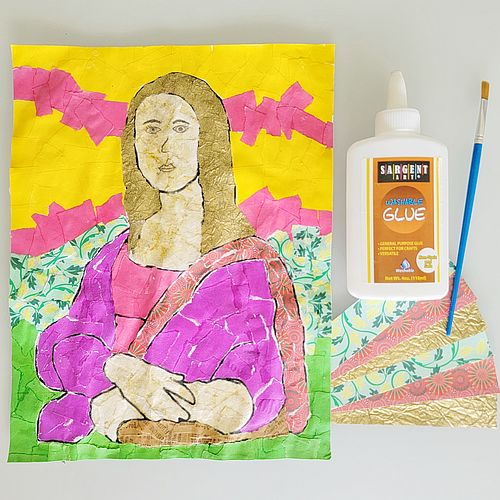 Virginia Sterrett’s illustrations are magical, taking readers into the story and off to a faraway land. On this book list, we’ve included the thre ...

Frida Kahlo's popularity has grown tremendously in recent years. People all over the globe are recognizing her courage, talent, and bold self-expressi ...

Paul Klee’s paintings incorporated a variety of subjects: animals, poetry, literature, and current world events. Throughout all of his work, he show ...

An artist, an inventor, a scientist, an engineer . . . da Vinci is one of the most famous people in history! His life and his work still fascinate pe ...

Georgia O'Keeffe's unique perspective changed the art world. Her abstract style and the way she infused emotion into her paintings of flowers, skyscra ...

Did you know that many people living in Asia haven’t rung in the New Year yet? More than 2 billion people celebrate Chinese New Year (also calle ...

The boys and I love baking and making snacks together and I thought we would prepare a nice Halloween lunch. I picked snacks and food that the b ...

Marble printing is one of our favorite activities for many reasons! It is an entire art process and introduces the concept of print to children. It gi ...

The holiday season is upon us! Get ready to gather with friends and family to celebrate Hanukkah! The 14 books on this list are great resources to use ...

The Halloween season is the perfect time of year to curl up on the couch for a not-so-spooky story! The Halloween books on this list tell the stories ...

Here are some free, kid-friendly activities you can do at home with only a printer and a few more basic supplies! Your children will be able to hand-w ...

5 Christmas Arts and Crafts for Kids

The countdown to Christmas has begun! But before you find yourself knee-deep in wrapping paper, set aside a few extra moments to create something spec ...

'Tis the season for creating and connecting with your children! To help take the planning and the stress out of the season, we’ve put together an ad ...